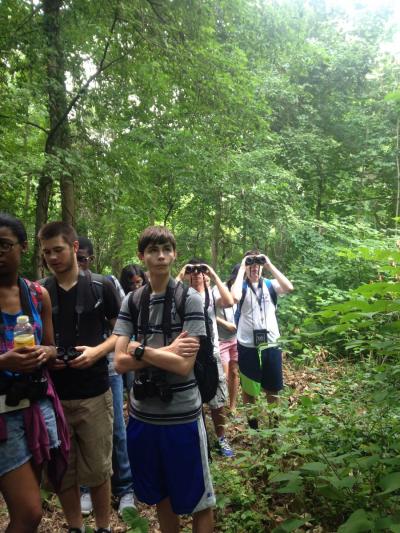 Students from SCHOLAR on a bird walk in the YEW.

A new set of interpretive signs along the YEW path help visitors to learn about various aspects of the site, such as the weather station, water cycle, vegetation, and bird life.

Students from the Common Ground High School Green Jobs Corps created signs about the top ten most common tree species found in the YEW, as identified in the 2012 tree survey done by Hixon Center interns. These new signs, which include information about species such as Black Walnut and Tree of Heaven, are placed in front of ten specimen trees in the YEW. Incoming F&ES students participating in Urban MODs will use these signs to learn how to identify trees. This is just one example of how the YEW can serve as a community living laboratory where different groups work together to create a knowledge base.

In the summer of 2015, the Common Ground High School Green Job Corps also maintained the path in the YEW, removed invasive Japanese Knotweed, and helped with a downspout disconnection survey of the houses in the watershed. 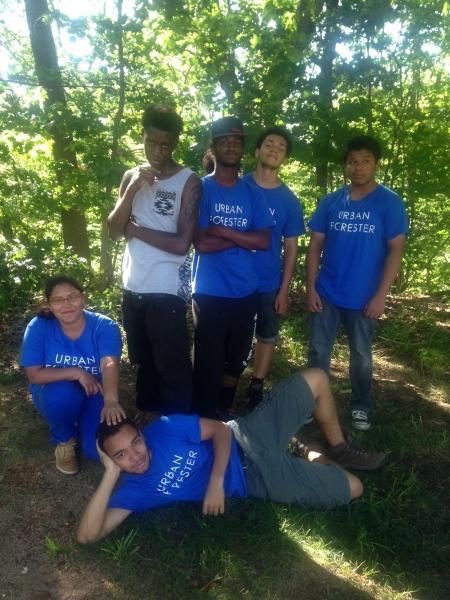 Three high school interns from in and around New Haven also worked in the YEW in the summer of 2015. They led the downspout survey of the watershed and assisted with the installation of soil moisture probes. 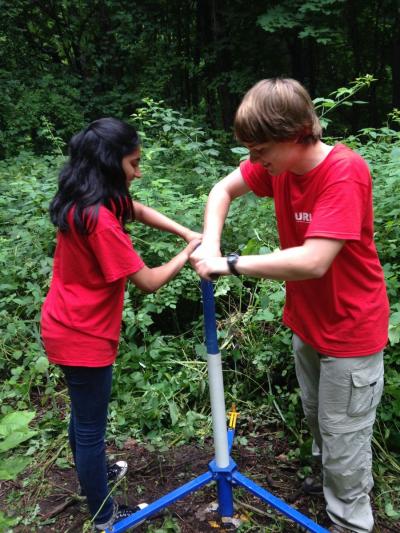 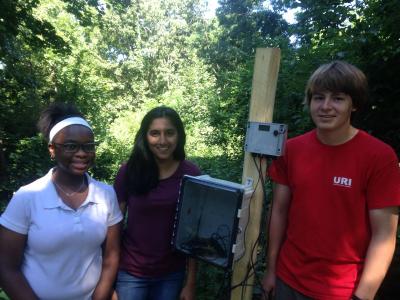 Students augur a hole to install the soil moisture probe.     Students with the groundwater well datalogger.

These interns helped to lead a visiting group from Yale S.C.H.O.L.A.R. (Science Collaborative for Hands-On Learning and Research) in a downspout survey. On another day, the group from Yale S.C.H.O.L.A.R. went on a bird walk in the YEW with an educator from the Yale Peabody Museum of Natural History. These collaborations show how the YEW can serve as a living lab and meeting ground for the greater New Haven community. 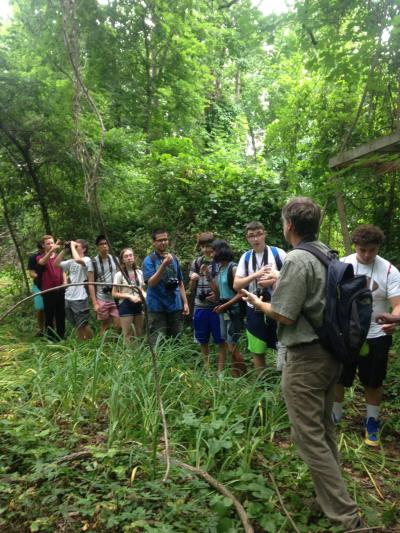 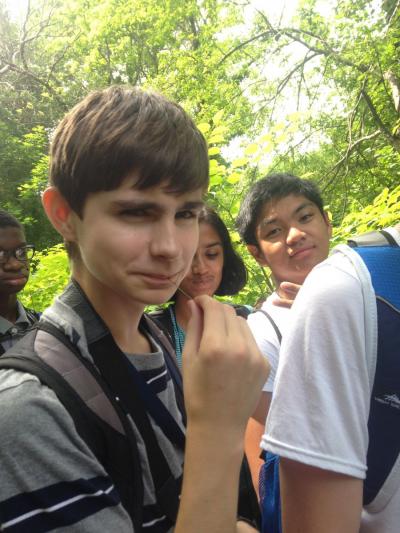 An educator from the Peabody Museum of Natural History teaches students about native plants. A students tries an edible plant.

In 2011, students in the Yale School of Forestry and Environmental Studies (F&ES) course “Emerging Markets for Ecosystem Services” presented goals for the management of Science Hill, including the YEW, in their report, “Science Hill: Managing for Ecosystem Services.” The students identified two main target outcomes: (1) a destination for outdoor education and experimentation (2) enhanced ecosystem services to benefit New Haven and Yale residents. Their vision has inspired the ongoing transformation of the YEW from an underutilized, degraded site into a highly productive one where academic research can be conducted and where community members can learn and explore.

In the spring 2014 course “Watershed Cycles and Processes,” 30 F&ES students conducted independent hydrologic research projects using the YEW as a study site. Topics ranged from effects of road salt on water quality to watershed modeling to flooding risks in the watershed. Two example class projects can be found below. Research conducted on the YEW was also presented at the Yale Urban Ecosystem Services Symposium (pictured below) and at the Society for Ecological Restoration conference over the course of the 2013 - 2014 academic school year. 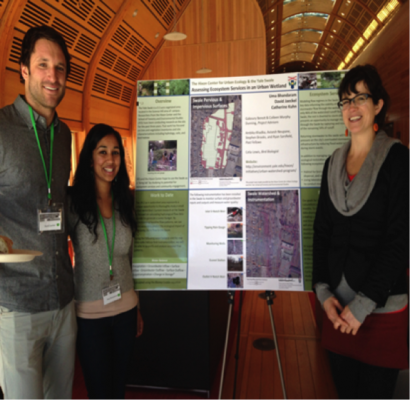 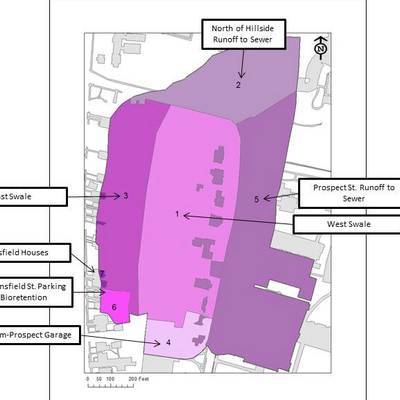 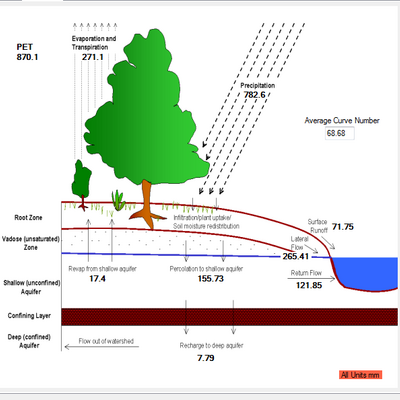