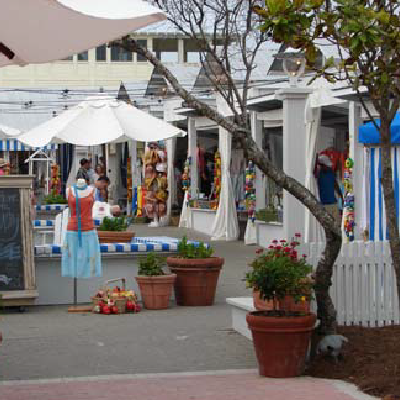 A major reaction against the consequences of sprawl is taking place indeed. Enormous progress is constantly being achieved through the formulation of sustainable principles, such as those of Smart Growth, New Urbanism, and LEED ® green building rating system.

Is a Sustainable Urbanism Possible In 21st Century America?

The rapid growth of the built environment has been pointed out as one of the major challenges to sustainability in the US. Low density “sprawling” neighborhoods represent the most undesired form of urban growth both for the waste of land and energy they cause, as well as for the lack of a “sense of place” they promote among their inhabitants. Several critiques to such type of urbanization have being heard since the last decades of the XXth century, causing in turn a reaction, in the form of new urban design approaches such as “Smart Growth” and “New Urbanism”. The town of Seaside, the quintessential example of New Urbanism represents a major progress: more contained communities, walkable distances to most services and a recognizable place where people can meet and interact; but this project is far from constituting a sustainable solution. The new design of a downtown for Mansfield, Connecticut seems to be a step closer toward a sustainable urbanism. From the construction standpoint, the quest for sustainability has been pursued through the creation of several “green index” systems, of which the most widely accepted is the LEED® green building rating system. Some critiques to such rating system include its incomplete scope in order to reach true sustainability. A new rating system, the “LAND code” is being developed by The School of Forestry and Environmental Studies at Yale University, which when finished, would complement several land use aspects not considered at LEED®. Some differences are the way both rating systems deal with Water, Vegetation and Landscape Ecology. A possible way of developing the LAND code in the future may include a point system to compare environmental performance to pre-existing ecological processes.