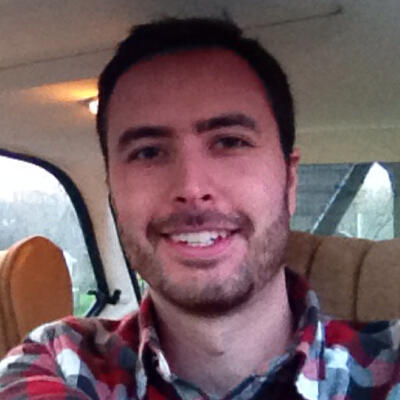 It is time to move beyond the individual house, the single building type, and general estimates of the mass of construction materials generated and the costs of deconstruction.

Solid waste generated in the removal or renovation of buildings is a massive and often poorly described waste stream. Construction and demolition waste (C&D) is also largely unregulated in its quantity and composition, if not its disposal fate. Buildings are large, complex, and highly varied objects, and their component materials differ by building type, construction cohort, size, style, and many, many other factors. Reducing the solid waste generated in building removal and renovation, recouping building material for reuse or recycling, preventing some of the greenhouse gas emissions associated with C&D disposal, shifting jobs towards construction laborers, and reducing costs are all goals of deconstruction, a source separation building removal technique. Deconstruction of buildings and the potential it creates for material recovery is described at length elsewhere (Carter, 2010; Roussat et al., 2009; Seldman, 2009; Boone, et al., 2008; Shami, 2008; USACE, 2007; Schultmann and Nicole, 2007; Shami, 2006; Knapp, 2006; Roper, 2006; Toto, 2005; Lennon, 2005; Greer, 2004; Falk, 2002).

Deconstruction is the dismantling of buildings by hand or by a combination of mechanized and manual means with the intention of reusing or recycling the materials generated in the process when possible. Demolition is the removal of a building, most often by mechanized means, in which all materials are crushed and disposed of in a landfill. Here we ask what the quantitative environmental and economic potential of deconstruction is for the small northeastern city of New Haven, Connecticut. Utilizing a dynamic systems model of construction material flows in New Haven we can estimate what is largely an uncounted waste stream, determine whether deconstruction techniques and downstream reuse and recycling of building materials provide a stop gap or a solution to the runaway generation of C&D, test C&D materials management plan options currently on the table in the City, and evaluate the environmental and economic strengths and weaknesses of these plans. Without such a planning tool, policy makers and regulators in northeast cities like New Haven are faced with the promises of deconstruction but are blind as to the potential costs and benefits requiring use of this technique might have.

As of this writing, there are two companies performing full or partial deconstructions of houses in the New Haven area, and the first record of a fully deconstructed building in New Haven is described in the case study below. City officials in the Office of Economic Development view deconstruction as a potential source of job creation in the city and efforts to grow the market for reused products and deconstruction services are supported by city environmental officials (Snyder, 2010a).

While much of the data for this study came from generic building materials calculators for volume and mass and from the literature, results were compared to the case study house to confirm accuracy. As the case study is the first recorded deconstruction in New Haven, the particularities of that project introduce uncertainty into the accuracy of comparisons with the results generated here and should be viewed with caution.

Previous studies and other authors have focused on the promise of deconstruction largely for residential structures (Denhart, 2010; Quinn, 2008; Shami, 2006; Dong, et al., 2005; Dantata, et al., 2005; Falk, 2002) though there are notable exceptions (Roper, 2006, e.g.). Others have focused on the potential hazards of materials generated from older buildings and containing lead and asbestos, considering new methods for isolating or neutralizing such toxins in productive applications (Hu, et al., 2010). Several case study buildings that have been successfully deconstructed demonstrate that as much as 95% of building material can be salvaged for reuse or recycling, some or all of the removal costs can be saved or recouped, and several deconstruction jobs can be created where only one or a few demolition jobs once existed (Bauman, 2010; Roussat, et al., 2009; Munroe, et al., 2006; Shami, 2006; Roper, 2006; Dantata, et al., 2005; Schultmann and Otto, 2002).

Far fewer studies attempt to address the impacts of deconstruction across several structures, whole cities, or regions (Couto and Armando, 2010). One such study (Dentata, et al. 2005) considers the potential for deconstruction methods to address recent C&D waste bans in the state of Massachusetts but produces results that are not aggregated up to the entire construction and demolition system (as they are presented on a per square foot basis) or beyond residential buildings to consider large scale impacts.

Two studies focus on the potential for deconstruction to provide materials for disaster relief, and deconstruction as a building material source for some developing regions has been discussed elsewhere (Reiff, 2010a). Both from an empirical point of view and from a systems modeling point of view, deconstruction is a valid alternative to demolition in rebuilding disaster areas such as New Orleans after Hurricane Katrina (Denhart, 2010; Quinn, 2008). But what of gradual deconstruction under ordinary construction and demolition circumstances?

Some authors speak of design for deconstruction and closed loop building materials cycles in hypothetical and ideal situations (Sassi, 2008; Debacker, et al., 2007; Gorgolewski, 2006; Webster and Costello, 2005). These are valid goals for future builders and designers, but are they possible today, given the building stock that is currently being removed? How much material can be reclaimed from an urban area containing buildings that age from brand new to over 200 years old? What amount of material must be landfilled, what can be recycled and what 4 reused given existing facilities for downstream management? Is a closed loop building materials system possible in New Haven today or is something more modest a more likely reality?

Previous modeling studies show divergent answers to some of these questions, chiefly because of assumptions about the type and percentage of material that can be reused (Roussat, et al., 2009; Quinn, 2008). Here we recommend and employ, as discussed below, a method that evaluates the questions above assuming the current scale and capability of waste management facilities in New Haven today. This method provides an extremely limited view of possibilities, but one that attempts not to err too far on either the side of caution or optimism.

For this modeling approach we must consider sources and documentation for building types and lifetimes (LiVES, 2010; Ruhrberg, 2006) disparate economic situations (Munroe, 2006), upstream environmental impacts of removal processes (Schultmann, 2007; Thormark, 2006), and downstream environmental impacts of landfilling, reuse, and recycling of building materials. Of particular importance is consideration of the lifecycle of building materials and the attribution of embodied energy and emissions either to projects from which materials are removed or to new construction projects (Lippke, et al., 2004). Here we employ the EPA WARM model (EPA, 2009), discussed below, as a general guide to emissions from a waste management perspective, though it is clear from other studies that much higher levels of specificity can be achieved in quantifying embodied energy and resulting emissions by tracking such information using full lifecycle analysis tools on actual individual projects rather than estimates for future projects at the level of a city (Chong and Hermreck, 2010). Future work should seek to improve upon the specificity detailed here.

In the expanding, changing realm of deconstruction literature, and especially as it concerns the northeastern United States, it is time to move beyond the individual house, the single building type, and general estimates of the mass of construction materials generated and the costs of deconstruction. This study is one of a growing number that seeks to address materials flows and management options from the scale of each building material type, up to the whole building, and further up to the range of buildings in an entire city. Recognizing that all buildings are not created equal and removal costs depend not only on method but also on highly specific circumstances, an attempt is made here to also provide a top-down view of an urban material system.