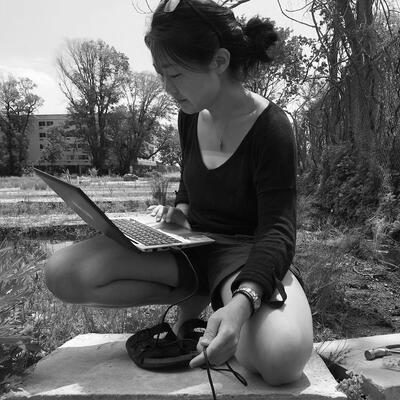 Understanding the physical and social benefits of the Bridgeport Bioretention Garden is an important step in identifying green infrastructure opportunities for other cities on Long Island Sound.

Future global and local sea level rise can be expected to stress coastal communities in the northeast United States (Boon 2012, Joughin 2014), particularly those still recovering from past storms. This stress will be exacerbated by regions projected to experience regional precipitation increases. In 2012 and 2013, the state of Connecticut suffered $7.02M and $5.6M in property damage from hazardous weather, respectively. (NOAA 2012, 2013) Implementation of green stormwater infrastructure (GSI) is on the rise, driven by its ability to provide flooding and water quality amendment, as well as added social and economic value. There has been a recent shift towards the use of rain gardens in small-scale flood mitigation, stormwater infiltration and groundwater recharge. (Davis 2009) It has been suggested that sand:compost ratios are particularly influential for infiltration rates. (Thompson 2008) Similarly, it has been observed that organic material tends to create surface clogging. (Archer 2002, Gonzalez-Merchan 2012, Hatt 2007a) Climate can play a role, as well: wetting and drying has been shown to affect infiltration, attributable to swelling and shrinking of organic sediment. (Hatt 2007b) The scalability of such infrastructure allows it to accommodate the time, money and space constraints of the human city, while improving quality of life for city dwellers. However, because green infrastructure is an emerging field, it is critical to study and adaptively manage pilot projects, in order to develop an approach that can encompass the moving targets of ecological restoration and community needs.