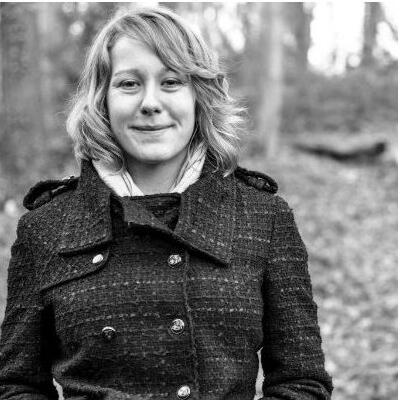 How do contemporary Angeleños understand and manage their city’s water supply, and what does this suggest about the values and practices remaking urban environments under conditions of increasing environmental uncertainty?

On November 5, 1913, City of Los Angeles water superintendent William Mulholland inaugurated the city’s first aqueduct with a terse command to the expectant crowd: “There it is. Take it.” L.A.’s developers and residents proceeded to do so with vigor, producing a sprawling, low-density, lawn-and-swimming-pool-covered metropolis in the decades that followed (Starr 1986). This pattern of development accelerated with the completion of the Colorado River Aqueduct (1941), second L.A. Aqueduct (1970), and State Water Project (1973). In recent years, however, the logic of underwriting and sustaining urban development with infusions of faraway water has taken a beating. A series of droughts, ever-more-dire future river flow predictions due to climate change, state-level bickering over critical repairs to water infrastructure, and judicial confirmation of neighboring states’ rights to a share of the Colorado’s flow have undermined any sense of security around L.A.’s future access to these supplies. Quixotic methods for bringing new water into the city – towing in Arctic icebergs, tapping Canadian rivers – have occasionally surfaced during this period (Reisner 1993). In general, however, attention has turned to mechanisms for producing supplies within the city’s own borders.

This project explores these attempts to capture, harvest, or “make” new, local water supplies in contemporary L.A. The past decade has seen an explosion of such efforts within this semi-arid city of four million. L.A. homes, streets, parks, and water treatment plants are increasingly represented and understood by Angeleños as possible spaces to harvest the resource for future reuse. Given that L.A. currently relies on supplies imported from beyond city limits for a full 89% of its municipal water needs (LADWP 2011), this embrace of hydrological locavorism signals a significant shift in the dominant conceptualization of the city’s water network, and of the role of the urban environment in critical resource provision. Everyday water users, environmental activists, local businesses, and L.A.’s municipal government are increasingly rejecting an understanding of the city as an uncomplicated space of water consumption, casting it instead as a viable location to produce water for future use – and its residents, as potential contributors to the public supply.

The politics of Los Angeles’s urban ecology increasingly overlap with the politics of its infrastructure, making it a useful site to extend recent ethnographic research examining each as a discrete category (cf Anand 2011, Graham & Marvin 2001, Larkin 2008, Larkin 2013, Rademacher & Sivaramakrishnan 2013). Actors’ attempts to frame the cityscape as a space for making new municipal water – by capturing rainwater for percolation into below-ground aquifers, for instance – suggest a vision of the urban landscape as both the provider of a vital ecosystem service and as an element of city’s water supply network. Though this particular reimagining of the appropriate use and function of this land competes with many others in Los Angeles, its significance for a diversity of local actors underlines its value as an object of ethnographic inquiry. Previous research suggests the importance of attending to the exclusions such a technocratic vision of urban nature might entail (Rademacher 2011), as well as to the ongoing discursive work that legitimating such an assemblage of nature-based water infrastructure requires (Carse 2012). By working with communities mobilizing around the idea of urban-space-as-natural-infrastructure, this project offers the opportunity to investigate the social, political, and material lives of this emergent vision of water management.

Through the study of these efforts to reconfigure flows of water through the city, this project will examine the meanings and values animating these emergent approaches to water management in L.A. Drawing on ethnographic fieldwork with four primary groups of actors – home-scale adopters, installation businesses, urban environmental activists, and city bureaucrats – the research will analyze the disparate but intersecting attempts to “relocalize” Los Angeles’s water supply underway today. The 15-month study will be anchored by a central question: How do contemporary Angeleños understand and manage their city’s water supply, and what does this suggest about the values and practices remaking urban environments under conditions of increasing environmental uncertainty?

Recent events underline the urgency of this research. In May 2013, the California Department of Water Resources (CDWR) announced that the Sierra snowpack (California’s main source of surface water) stood at 17% of average volume for the end of the wet season (CDWR 2013). That summer, the L.A. Department of Water and Power (LADWP) announced plans to build a $600-800 million groundwater treatment plant complex to decrease the city’s reliance on imported supplies and $2 per square foot subsidy for citizens for ripping out water-intensive lawns (LADWP 2013, Sahagun 2013). As the perceived insecurity of the city’s pumped-in water supply intensifies, the scale and number of interventions appear to be exploding. Attending to the shifts in politics, practices, discourses, and imaginaries alongside these material transformations is critical work in a climate of escalating water scarcity, and has the potential to inform activist and policy efforts in arid urban centers for years to come.