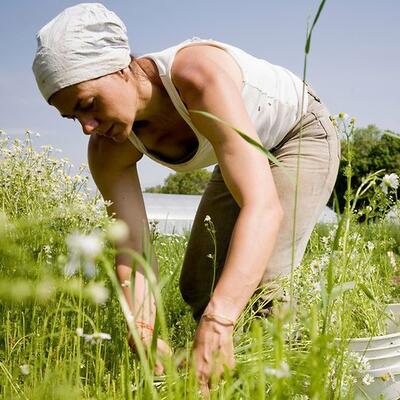 The historical relationships between urban population growth and agricultural lands is not well understood and has not been examined at global scales. Although it is widely quoted that cities have developed near agriculturally productive lands, there is little empirical evidence that supports this idea. Here, we estimate spatial proximity between urban population centers and major global cropping regions for the last 5,000+ years. To examine this relationship, we digitized, geocoded, and combined multiple datasets of city-level population data from 3700 BC to 2000 AD. This global, city-level population dataset was then compared with global croplands raster grids for the concurrent time period. We then determined geographic mean centers for both population and cropland data to determine variations in this spatial relationship. Results show that although global cropland mean centers follow a clear trend, global population centers do not due to bias in the population dataset. As a result, determining a clear relationship between the two variables is challenging. Next steps include 1) interpolating the population dataset to determine its effect on the resulting mean centers 2) a regional scale analysis on India and Europe given high temporal and spatial resolution of population values.