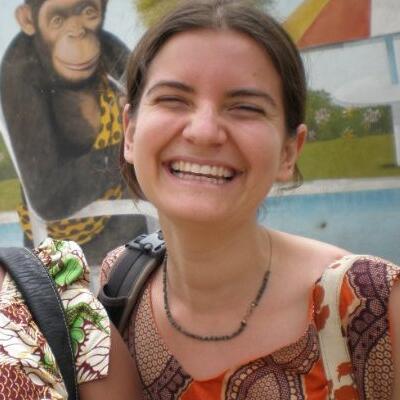 Stronger links between traditional stewardship organizations and institutions/organizations that traditionally address neighborhood safety and community development might allow for greater flexibility in funding for projects at the neighborhood level, and give the space for these critically linked goals to be realized together

Motivations for Urban Ecological Stewardship at the Neighborhood Scale, A Baltimore Case Study

In an increasingly urban world, social and natural scientists have come to recognize cities as ecosystems with interactions and interdependence as complex and dynamic as natural ecosystems (Cadenasso et al. 2006; Grove & Burch 1997). Social ecologists are still at the beginnings of understanding how the spatially heterogeneous social dynamics of urban environments impact vegetation structure in cities. Through the research of the Baltimore Ecosystem Study (BES) these new methods are being used to describe associations between social and vegetative structure and to begin to characterize variation across heterogeneous urban communities. Although urban ecological research is on the rise, and continues to incorporate new and exciting advancements in remote sensing and geographic information systems, the focus of analysis in emerging work has tended to be at the landscape scale (Grove et al. 2006; Troy et al. 2007). Despite the importance of this wide lens view, BES researchers also recognize a need to understand the processes of vegetation management at the neighborhood level (Grove et al. 2006:118). As Svensden and Campbell write (2007): “local is the primary scale where abstract environmental principles or values intersect with immediate quality of life concerns.” The ongoing Stewardship Mapping and Assessment Project (STEW-MAP) in New York City, first piloted in six cities on the east coast, suggests that a new class of “ecologically minded” community-based organizations has begun to emerge in urban centers in the last two decades (Svendsen & Campbell 2007). Among them are the recipients of neighborhood greening grants in Baltimore City. For more than ten years the Parks and People Foundation in Baltimore has 2 been providing grant monies to community members and organizations for neighborhood greening projects on public lands, including vacant lots, public rights of way and schoolyard areas. These projects have included tree planting, streetscaping with potted plants, establishment of community gardens and stewardship of existing parks. In order to better understand and describe neighborhood level stewardship in the places where it is currently taking place, this study used ethnographic and qualitative methodologies to explore the motivations for neighborhood-level stewardship projects in three low-income communities of Baltimore City, as well as the resources, both material and social, depended upon to sustain them. A more nuanced understanding of the community motivations for taking on and maintaining these projects has critical policy significance at a time when local urban aforestation efforts are on the rise. The ecological, economic and social benefits of green space in urban environments has received growing attention in the last several years (Lohr et al. 2004; Nowak & Dwyer 2000; Troy et al. 2007). Baltimore, along with a growing number of cities around the country, has recently adopted an urban tree canopy (UTC) goal in order to increase the ecosystem services, social and economic benefits provided by urban trees (City of Baltimore Recreation and Parks 2007). The Baltimore urban forest management plan suggests that the city will rely heavily on citizen participation in urban forest management and highlights the need for capacity building in the city‟s community forestry programs to engage citizens city-wide.