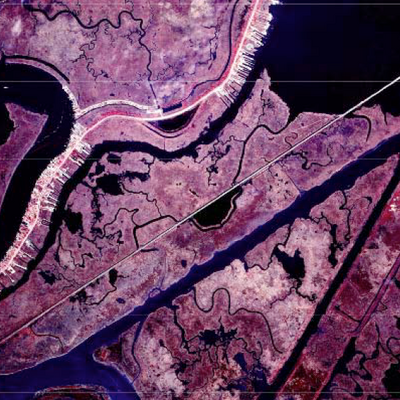 I contend that if Lake Catherine islanders are given the option to learn and perform marsh rehabilitation—and the Lake Catherine Sewerage and Water District is successfully revived—then economic development may not need external stimulation, for it will arise organically from “island pride

The Price You Pay: Negotiating for Permanence in the Lake Catherine Community of New Orleans

Called “a city on the environmental edge,”1 New Orleans has probably always seemed (to the outsider) to be both impossible and inevitable. New Orleans’ location in the highly productive but fragile deltaic plain of south Louisiana has proved to be of unparalleled strategic value throughout the city’s history, while at the same time defying human attempts to discipline the landscape. 2 The following interrelated ecological factors affect the biophysical ecosystem of southern Louisiana: the Mississippi River trying to change course, land subsidence, coastal erosion, sea level rise, saltwater intrusion, a predicted increase in destruction from hurricanes, increased incidence and severity of flooding, and a spreading apoxic lesion in the Gulf of Mexico. Whether or not these factors can be treated is a question that will only be answered after billions of dollars are spent on restoration projects. Due to rapid wetland loss since the first half of the 20th century, New Orleans’ and southern Louisiana’s infrastructure and population are said to be more vulnerable to hurricane-related storm surges than they were less than 100 years ago.3 The scientific consensus is that every 2.7 miles of coastal marsh lost between solid land and open water add one foot to the height of a storm surge reaching solid land.4 Although hurricane levees brace the New Orleans metro area south of Lake Pontchartrain (See Figure 1: “the limits of urbanized territory” corresponds roughly to the contours of the hurricane levee system), the loss of wetlands means that storm surges are more likely, with the right hurricane, to overtop the levee system and fill up the bowl that is the city: once water fills the area within the levee system, it has nowhere to go. 5 That localized torrential downpours, typical in summer, often overwhelm the city’s pumping system, stranding cars and flooding ground-floor rooms, makes this prospect all the more fearsome.