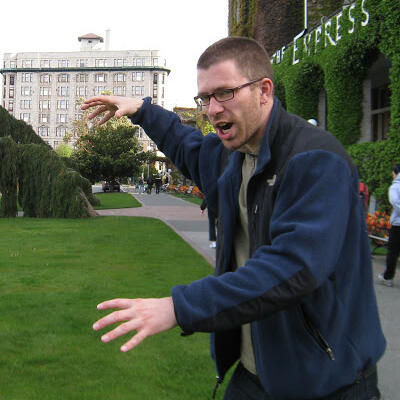 While stream flow may explain some variation in mercury concentration at base flow levels, it is not the only contributing factor.

Mercury Concentrations in an Urbanized Watershed

Mercury is a potent neurotoxin with significant human health effects (Franzblau, 1994) that readily bioaccumulates to harmful levels in food chains (Mikac & Picer, 1985). It has many anthropogenic sources, stemming mainly from industrial activity, including the manufacture of electrical apparatus and computers, the amalgamation of metals, the production of hydrochloric acid and sodium hydroxide, and the production of pesticides (Laws, 1981). Its primary anthropogenic sources to the environment, however, are waste incineration and coal burning (Nriagu & Pacyna, 1988). Many components of municipal solid waste contain mercury, and mercury is present in coal primarily in the form of mercuric sulfide (HgS), or cinnabar. Due to its heavy industrial use, mercury is present in relatively high concentrations in urban areas and industrial centers. Rice (1999) has shown that mercury concentrations in streambed sediments across the United States are positively correlated with population density in a stream’s watershed. Because of its high abundance in populated areas and its threat to human health, it is important to understand the biogeochemistry of mercury in urban watersheds. Because of its high binding affinity for mineral particles, most anthropogenic mercury released to the atmosphere adheres to dust particles and either settles to the earth’s surface or is washed out in rain. Although direct atmospheric deposition of mercury is the most important source to the world oceans (Mason et al., 1994), it comprises a relatively low proportion of riverine mercury budgets, due to rivers’ low surface area (Mason & Sullivan, 1998). The mercury that is deposited on a river’s watershed, however, can be much more significant than what is deposited in the river itself, as most watersheds are many times larger than the streams that drain them. This watershed-deposited mercury washes into streams, during storm events, as surface runoff. In watersheds with a low degree of urbanization (and therefore a low degree of impervious surface cover), there is little surface runoff, and what runoff does occur is usually low in total suspended solids (TSS), and therefore provides little transport medium for mercury. More urbanized watersheds, however, produce more surface runoff during storm events, as water cannot easily soak into the ground. This runoff is higher in TSS, and therefore often higher in mercury concentrations as (Balogh et al., 1997). Mason and Sullivan (1998) have shown that mercury concentrations in an urbanized river, the Anacostia River in Washington, D.C., account for a much higher percentage of atmospheric deposition to the watershed than do rivers in less urbanized watersheds. They also demonstrated that storm flow is the most important transport mechanism for aquatic mercury, with storm mercury concentrations three to five times higher than base flow. Although New Haven County, in south central Connecticut, has watersheds with a similar degree of urbanization as those in Washington, D.C., the relationship between land use and the mercury cycle has not been studied in these rivers. Balcom et al. (2004) estimated that Connecticut rivers contribute 59% of Long Island Sound’s total mercury budget, but that figure is based on base flow mercury concentrations. The storm flow mercury levels in New Haven County rivers have not been studied. The relationship between land use change and mercury cycling in the New 2 Haven area has also received little study. In order to better understand these important components of the regional mercury cycle, in this study, I tested the following hypotheses: 1. Watershed mercury concentrations are positively correlated with the degree of urbanization in the watershed, defined as the percentage of the ground covered with impervious surfaces. 2. Mercury concentrations under conditions of storm flow are significantly higher than base flow concentrations, in addition to following the trend outlined in Hypothesis 1. 3. Mercury concentrations are positively correlated with TSS under base and storm flow.