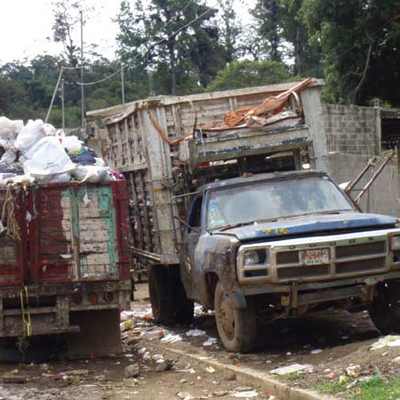 The implication for global urban mandates is clear: dramatic inconsistencies between global development goals, government policy and local reality should be further explored and evaluated in the future if appropriate strategies for sustainable urban development are to be successful.

The Invisible Periphery: Legalization of Peri-Urban Zones in Xalapa, Veracruz

As towns and cities grow at unprecedented rates setting the social, political, cultural and environmental trends of the world, sustainable urbanization is one of the most pressing challenges facing the global community in the 21st century. In 1950, one-third of the world’s people lived in cities. Just 50 years later, this proportion has risen to one-half and will continue to grow to two-thirds, or 6 billion people, by 2050 (UN Habitat 2006). They are the hub for much national production and consumption as well as economic and social processes that generate wealth and opportunity, but they also create disease, crime, pollution and poverty. In many cities in developing countries slum dwellers number more than 50 percent of the population with little or no access to shelter, water, and sanitation (Hoffman 1996). The purpose of this paper is to investigate the implementation of a global initiative intended to improve the living conditions in low-income settlements and encourage sustainable urban development. The paper is a result of a ten week research endeavor in the city of Xalapa, Veracruz, Mexico, sponsored by the United Nations Human Settlements Programme (UN Habitat) Mexico City office, to investigate the state of land tenure procedures in place for addressing the global mandate to “achieve significant improvement in the lives of at least 100 million slum dwellers by 2020” (UN 2000). Primarily based on targeted interviews with government officials and academics on local, state and national levels, the paper describes the main arguments within the academic literature regarding tenure security and then examines the ways in which this debate is reflected in policy decisions and local actions in Xalapa, Mexico. Lewis Hixon Center Final Report January 2008 2 The UN Habitat Programme employs a comprehensive concept of tenure security as a means of fostering inclusive cities around the world1. Global mandates articulated within the UN Millennium Development Goals require translation into national initiatives through participatory coordination with local governments in order to achieve contextual tools and sustainable results. Currently, there exists a disconnect between government policy advocating formal individual property titles as the cornerstone of urban development and the on-the-ground reality and needs of informal communities in growing cities in Mexico. In an attempt to reconcile these discrepancies, the paper identifies a new manifestation of tenure in which a “continuum of tenure and services” in Mexico can be understood as a baseline situation within these low-income communities upon which to conceptualize future policies consistent with global mandates.