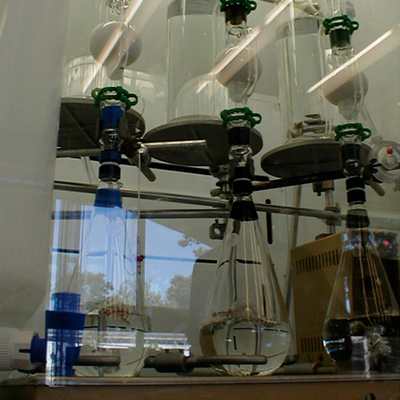 The potential use of caffeine as a tracer of sewage effluent in Long Island Sound could be an important tool in identifying the source of nitrogen or other sewage-related contaminants, and allowing for focused management or remediation of specific sources

It has been suggested that reductions in nitrogen loading to estuaries should be accomplished by implementing watershed specific programs that target the dominant nitrogen sources. The area surrounding Long Island Sound has been intensively developed and the watersheds contributing water and nutrients to the Sound are subject to a variety of density in urbanization. The loading of nutrients due to urban development to the Sound is influenced by urban infrastructure and the density of human populations and their associated activities. Efficient management of water quality in urban systems requires the identification of elements that contribute most to the loading of various pollutants. Caffeine is unique to sewage sources in the Northern Hemisphere, and could be used as a tracer for sewage contamination and evaluation of landscape elements which contribute to nitrogen loading via sewage effluent. I measured caffeine concentration in a fresh watershed along an urban-rural gradient which exhibited a variety in development intensity and infrastructure connection. Caffeine was detected and resolved a pattern that increased with urban density and correlated to other water quality parameters. The evaluation of caffeine as a tracer for sewage contamination as well as a tool for understanding how urban landscapes contribute nutrients to the environment is promising but requires further study.