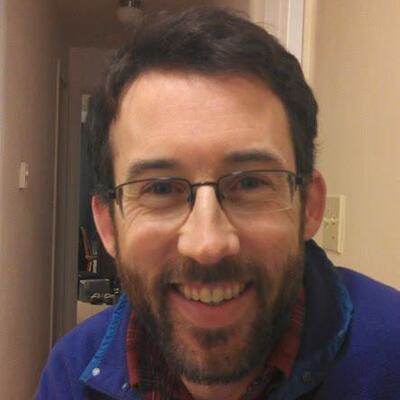 Why has relatively little progress been made in coordinating federal, state, and local entities in land use planning processes in a way that enables significant progress on the issue of sprawl?

Essay on the Federal Role in Advancing Smart Growth

Most land use decisions are technically the purview of local governments. This does not change the fact that the federal government remains a powerful force in shaping the ways in which development occurs across our national landscape. This essay briefly examines efforts to define and direct the role of the federal government in achieving smarter growth. Based on research conducted at the Growth Management Leadership Alliance (www.gmla.org) during the summer of 2004, this paper argues that the federal government should more effectively communicate the need for action to combat harmful patterns of development and renew and improve efforts to implement existing proposed solutions that have failed or stalled in the past. Scholars, government officials, business people, environmentalists, and others have long acknowledged the many harmful effects of the auto-dependent patterns of development that dominate the American urban and suburban landscape. In the late 1950’s, William H. Whyte described these patterns as “urban sprawl,”1 and the five decades that followed have brought discussion of the economic, social, and environmental impacts that sprawl can have on our communities and regions. For years, there have also been discussions on the role that the federal government should play in addressing sprawl, supporting local land use planning and decision-making processes, and minimizing negative impacts of its own programs. In 1970, Sen. Henry Jackson and others deliberated over various proposals for a National Land Use Planning Act. Sen. Jackson said that “’in every state, the tremendous influence of Federal activities…is largely beyond the control of the State government. For these reasons, a national land use policy is needed.’”2 In the 1980’s, the General Accounting Office asked “what are the impacts of federal programs on the use and management of non-federal lands and related resources?”3 The results from a 1999 survey by the Fannie May Foundation emphasized “the overwhelming impact of the federal government on the American metropolis, especially through policies that intentionally or unintentionally promoted suburbanization and sprawl” such as the 1956 Interstate Highway Act and the Federal Housing Administration mortgage financing regulations.4 In the past five years, the GAO issued several reports relating to the role of the federal government in addressing sprawl and supporting local land use decisions, including a 2001 report that identified “actions the federal government can take to help transportation, air quality, and water quality officials better link land use decisions with environmental protection.”5 Many of the responses to the demand for a better federal approach to land use have focused on coordination within the federal government and coordination among local, state, and federal jurisdictions. This focus comes at least in part from the inability of single political jurisdictions to address the issues associated with today’s metropolitan areas. Briffault (1996) calls this the “local government boundary problem.”6 Senator Jackson’s National Land Use Planning Act would have addressed this issue by effectively creating a “framework to coordinate the impact of federal and state actions on land use.”7 The conformity provisions of the Clean Air Act (CAA) link federal clean air regulations with transportation planning regulations, a link that provides some incentives for smart growth.8 More recently, the Enterprise Community/Empowerment Zone (EC/EZ) program tried to better coordinate federal grants to cities and rural communities9 and the Partnership for Regional Livability aimed to coordinate federal programs around local community and smart growth initiatives.10 In spite of this history of discussions and multitude of efforts, most have yielded few results. The National Land Use Planning Act was not enacted. The CAA conformity provisions, while establishing some smart growth incentives, have had little impact on actual patterns of development. The Enterprise Community and Partnership for Regional Livability programs have not made significant, lasting improvements to the ways in which federal, state, and local governments work together to make land use decisions. In short, GAO’s 1982 diagnosis remains largely true today: “the lack of comprehensiveness and coordination in land use planning has been accompanied by serious development problems and abuses of land and natural resources, such as…. haphazard scattering of urban growth throughout rural and undeveloped areas; increasing use of land for each dwelling unit… burgeoning needs for energy… [and] loss of open space and devastation of wetlands and other fragile resources.”

Why has relatively little progress been made in coordinating federal, state, and local entities in land use planning processes in a way that enables significant progress on the issue of sprawl?