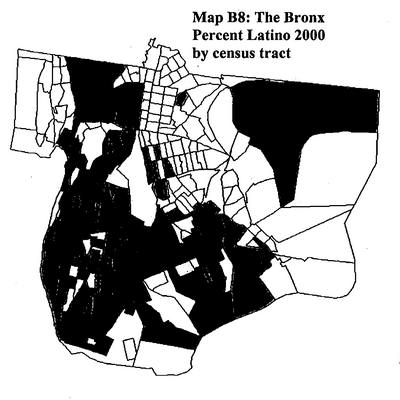 Council on the Environment of New York City: relationship of demographics, stewardship and effects of community gardens.

Vacant land is abundant in New York City, as it is in urban areas throughout the United States. During the 1950s and 1960s, unfinished urban renewal projects, coupled with suburban growth and the decline of central business districts, created huge amounts of vacant land. During the financial crisis of the 1970s, New York City suffered a severe loss of population and housing, which further contributed to the large number of public and private lots left vacant, unattractive, and dangerous. Housing abandonment, slum clearance, arson, middle-class exodus, and declining municipal services have all contributed to the glut of vacant property in many of America’s cities, and in cities around the world (Francis, Cashdan, and Paxson 1984). Today, more than 12 percent of the total land area of New York City is vacant (DCP).
At the same time, New York and other cities have inadequate amounts of open space available for the recreation and relaxation of their inhabitants. A further irony is that it is often the neighborhoods that have the greatest amount of vacant land that are most deficient in this type of useful open space (Francis, Cashdan, and Paxson 1981, 1984; Vitullo-Martin 1993; Hynes 1996). This fact, along with the growing perception of the failure of traditional city parks to serve appropriately the needs of their intended beneficiaries, has led to a broad consensus among park designers and managers and the general public that alternative approaches to the creation of urban open space are necessary (Brower and Williamson 1974; Clay 1979; Francis, Cashdan, and Paxson 1984). It is generally agreed that such alternative urban open spaces are more socially responsive and less expensive to develop and maintain than are traditional city parks