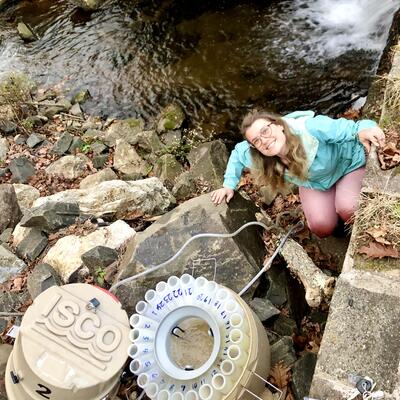 Stormwater runoff is a significant cause of pollution to waterways and is becoming an increasing concern as areas continue to urbanize and increase their quantity of impervious cover. This pollution is currently regulated by the National Pollutant Discharge Elimination System, overseen by the Environmental Protection Agency and implemented at the state level. The effectiveness of this management scheme for regulating stormwater runoff pollution is little understood. Many current systems, including the system historically and currently in place in the state of Connecticut, require regular testing of storm sewer outfalls. These results are self-reported by municipal separate storm sewer systems (MS4s) and industrial facilities to state governments. In this study, five sites with particularly high or low nutrient concentrations were identified, and autosamplers were set up at these outfalls in central and eastern Connecticut from May 2019-December 2019. Samples were collected at regular intervals throughout the duration of storm events. These samples were then analyzed for Total Nitrogen (TN) and Total Phosphorus (TP), Nitrite (NO2-) and Nitrate (NO3-) as well as conductivity levels. The analyzed sample data was then compared to the data reported historically from the MS4s using a T-test. Significant differences were found at all five sample sites. Significant differences were found in TN, TP, NO2- & NO3-, and conductivity levels. Nutrient concentrations measured in this study were generally lower than previously-measured concentrations, especially for sites that were identified as “high-nutrient” based on previous data.