This virtual conference is co-convened by the Hixon Center for Urban Ecology, Yale School of Architecture, Yale School of the Environment, and the Center for Industrial Ecology and will focus on the potential of mass timber as a primary building material in cities. There is growing evidence that replacing traditional urban building materials such as steel and concrete with mass timber has multiple benefits, ranging from reduced environmental impacts to structural resilience and cost savings. In fact, using mass timber at scale in urban areas offers the chance for much needed short term carbon emission reductions in the building sector; the majority of future population growth will occur in urban areas, and most of the buildings to host this growing population still need to be built. A transition from mineral to biogenic building materials then offers a double carbon benefit, the upstream carbon savings in material production and the long-term carbon storage over a building’s lifetime. This half-day conference will explain the potential of mass timber and how it differs from other construction (session 1) before it explores the environmental implications of substituting building materials (session 2).

This program has been reviewed and is approved for professional CFE credits by the Society of American Foresters (Category 1: 3.00 hours) and by the Connecticut Certified Forest Practitioners (1 CEU) and the American Institute of Architects (3 HSW CEUs). For architect CEUs, credit earned by attending this symposium will be reported to CES Records for AIA members. Certificates of Completion for non-AIA members will be available upon request. If you are not a member of the AIA, but wish to be receive documentation for attending the event, please let us know via email at uri@yale.edu. Please note that to receive any CEU credit, viewers must remain logged onto the Zoom webinar for the entirety of the event.

On behalf of the Hixon Center we appreciate the support and efforts by our organizing partners, Barbara Reck (Center for Industrial Ecology), Alan Organschi (Yale School of Architecture), and Gary Dunning (The Forest School) to co-convene this conference. 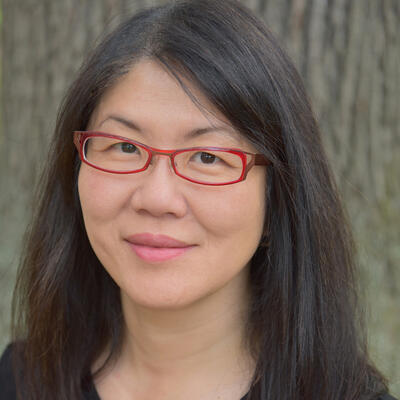 Session 1: Mass timber and its application in urban midrise buildings

This session will explore the state of the art in mass timber fabrication and building design. Panelists will discuss different types of mass timber and their respective uses and how building designs need to be adapted to accommodate the novel materials. Regulatory aspects will be addressed to understand how building codes needed to be adapted, including, for example, as it relates to the behavior of mass timber in fires and earthquakes.

Nick Milestone, US Softwood Lumber Board

Session 2: The implications of material selection in building design on the carbon budget

This session presents the carbon benefits of biogenic building materials in urban areas compared to current steel and concrete applications, discusses to what extent existing forests could meet a potentially sharp increase in timber demand, and the importance of sustainable end-of-life management options for mass timber applications, namely component reuse and recycling. As an alternative path towards low-carbon buildings it will also discuss the potential of novel low-carbon technologies for steel and concrete to become less carbon-intensive materials.

Pinchot Professor of Forestry and Environmental Studies, and Director of Yale‘s Global Institute of Sustainable Forestry

Lecturer in Sustainable Materials Engineering and leader of the Myers Group